What are the types of slewing bearing

How to choose geared slewing rings 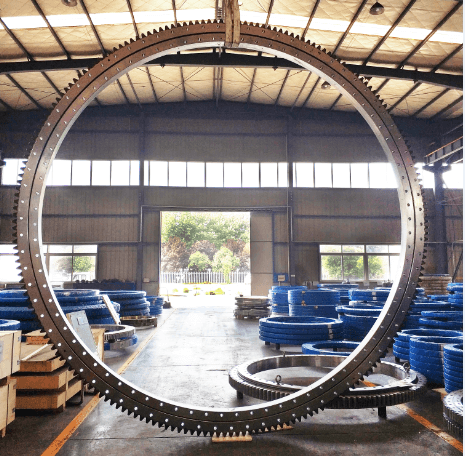 According to the type of teeth, the slewing bearing is divided into toothless type, external type and internal type.

The structure of double row four point contact ball type slewing bearing is similar to that of single row contact ball type slewing bearing except that it takes two rows of steel balls as the rolling body and the two rows of steel balls have the same size. The inner and outer rings are integral, and the steel balls are loaded by plugging holes. It requires heavy duty, radial structure size is limited by the preferred products of the host.

Three-row roller slewing bearing is a kind of slewing bearing with high load-bearing capacity, which is mainly used in the operation of heavy load. Composed of three rings, the upper and lower rows of rollers are distributed horizontally to withstand the axial force and tipping moment in both directions. The radial force is borne by the third row of vertically arranged rollers.

The cross roller slewing bearing is similar to the single volleyball slewing bearing in that there is only one row of rolling bodies, the rolling bodies are cylindrical rollers, the axes of adjacent rollers are arranged in 90° cross arrangement, there are two raceway in the inner and outer rings, and the raceway section is linear. Half of the rollers bear the downward axial force, and half bear the upward axial force. 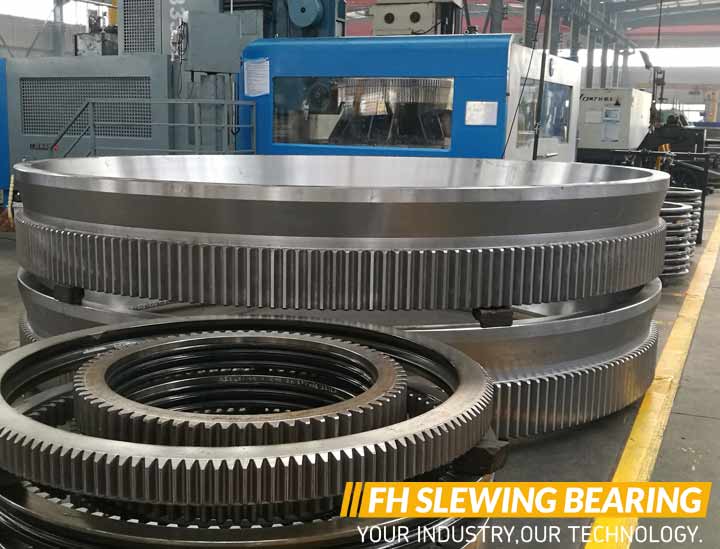 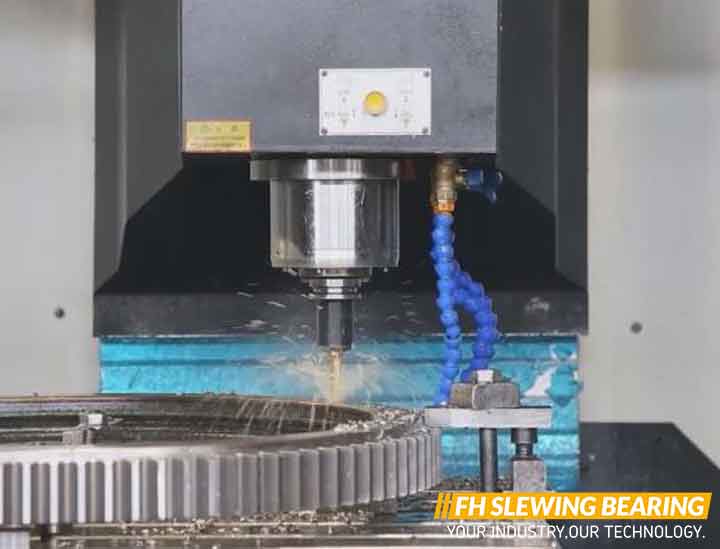 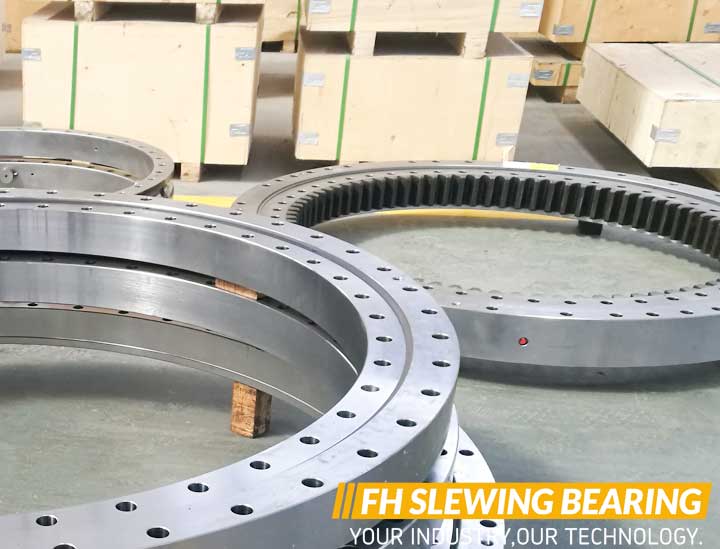